Why Gin Became Such a Trendy Drink

Trends come and go and one of our favourites of the moment is gin. We love how versatile it is; capable of being mixed in everything from a refreshing cocktail to the humble G&T. Yet gin did not always have this stellar reputation. Once upon a time, it was considered to be the drink of older people and yet it has now been reclaimed as a drink for all, and people are enjoying trendy gin cocktails everywhere. Why is this? Let’s take a look at some of the key factors.

A Return to the Classics

After the vodka trend of the 90s and 00s, bartenders began to look in some of the classic recipe books for ways to revitalise their menus. One thing they noticed is that many of the old classics did use gin as an ingredient.

As there was a rise in including these timeless cocktails on menus again, many people chose to rediscover them and in turn rediscovered gin. Cocktails like the Martini, the Negroni, and the Tom Collins to name but a few all use gin. Including them led to people thinking about giving the spirit a go once more and boosted it back into popularity. With new cocktails made from the freshest of ingredients currently joining them on menus, more people than ever are joining the gin craze.

For a long time, HMRC would not allow gin to be produced in small amounts. In 2009, the London distillery Sipsmith won a legal battle to have this overturned which allowed manufacturers up and down the country to put their own stamp on the spirit.

They all began to experiment with different flavourings. At the heart of a good gin is always juniper, but you can add vanilla, orange, cardamom, and more to make a botanical infusion which makes your heart sing! There are even gin experience days popping up here, there, and everywhere, which allow you to mix a concoction to your own tastes.

There is no denying that gin is a British classic. We are always happy to celebrate parts of our heritage and gin is one alcohol you see popping up time and time again across British pop culture. Even Queen Elizabeth II is a fan and has been known to indulge in the occasional gin and Dubonnet.

It was the Victorians who kicked off the penchant for gin and it has remained a lasting staple of the British alcohol selection ever since. Other alcohols have come and gone but none has quietly stood by as long as gin has.

Back in the Limelight at Last

It is truly one of the most versatile and beloved tipples which we enjoy today. If you are on the hunt for a refreshing summer drink or some trendy gin cocktails to have at an evening cocktail party, gin is always going to be a brilliant option. It’s certainly deserved its revival and we can thank bartenders and distilleries alike for elevating this spirit back to its rightful place in our hearts. The early exposure helped to remind us how amazing gin is but it is the drink itself which has helped us to keep it on trend for such a long time.

We're not around right now. But you can send us an email and we'll get back to you, asap. 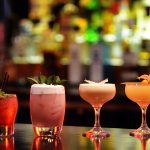 5 Things you Probably Didn’t Know About Cocktails or BartendingBLOG 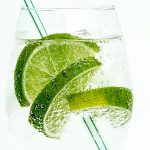 5 Facts about Gin you Didn’t KnowBLOG